Next 30 November I will be giving a Historical Soundscape walking tour through some of Évora’s historical centre streets. This is the closing activity of the I International Research Meeting for Music and Musicology Students, which will take place at the University of Évora from next 28 to 30 November. I’m also part of the organizing committee of this meeting that will bring music students from Spain, Brasil, Canadá and Mexico to Évora.

In this walk tour participants will know more about were musicians lived during the seventeenth and eighteenth centuries, most of them worked for the Cathedral music chapel, both as singers or instrumentalists. It also pictures how the sounds of some places, such as the Praça de Sertório (the former fish market) might have been in those centuries, as well as the coexistence between musicians and other artists (such as painters, sculptors, or goldsmiths) in the same street and, in some cases, in the same building. 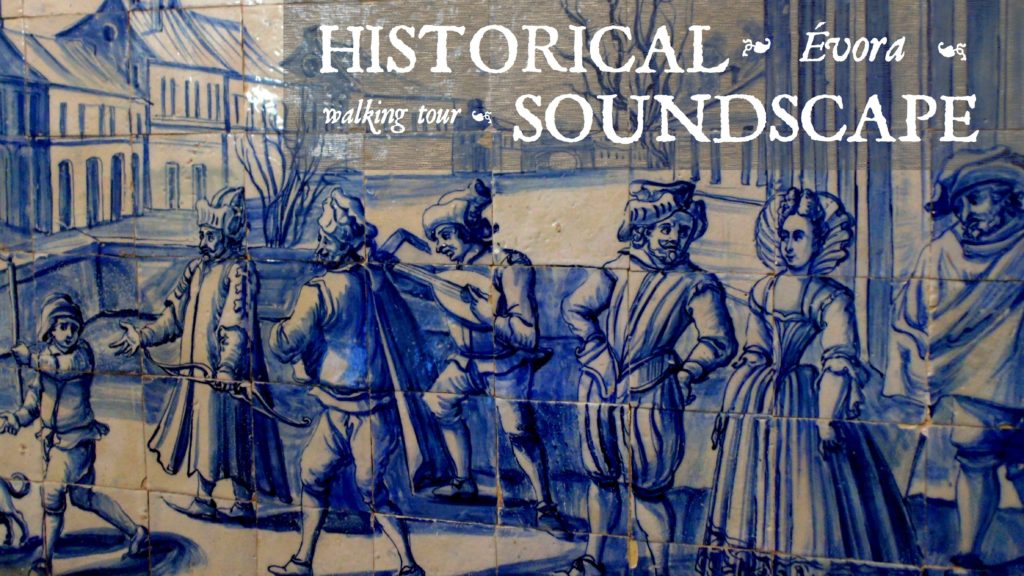 This has been a very interesting event, where besides walking through Évora’s streets and contemplating the institutions (most of them, religious) which had musical activity, it also creates conversation and discussion about that same musical activity, its impact on the city’s cultural life, and other aspects of artistic activity.

Here are some examples of past activities of this kind I organized, as part of the V National Meeting for Music Research, and the European Researchers Night, both in Évora: